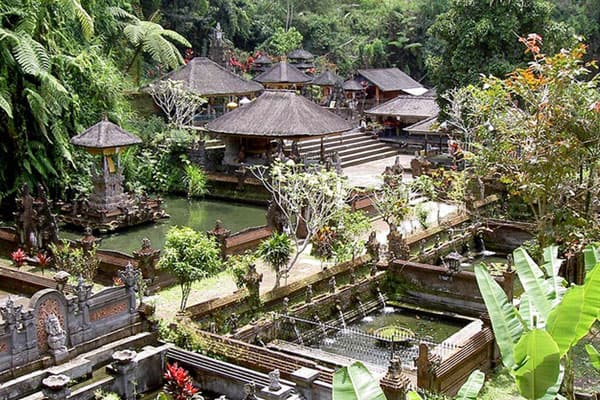 Gunung Kawi Sebatu temple was built in homage to the God of preserver (Wisnu), who rules over water, and here one finds a number of natural spring and waterspouts. The Balinese believe that water is one of the forces of life. The etymology of Gunung Kawi means a fabricated mountain. It lies west of Sebatu village, which is elevated and its name means slipping on a stone. It is said in the times of King Mayadenawa, an evil King who did not believe in the existence of the God, that this area was where he chased with his soldiers by the Gods in a famous battle. At first he battled with the Gods at the great Besakih temple and then came to sebatu via the village of Taro.

Both the soldiers of Mayadenawa as well as the local villagers fled in their fear (the former of the gods, the latter of the evil King) and slipped on stones. Seeing that local people were innocent and sin free, the God Wisnu gave a source of life (holy water). As a way of showing their gratitude, they built this temple to the Wisnu’s God, which has much water, waterspout for bathing as well as a special pool of holy water. A natural spring flows from the heart of the temple into a pool so clear that you can count the scales on the huge goldfish ghosting around the opulent island shrine at its center.

Holy water is requested at an adjacent small shrine while nearby, and still within the temple walls, are the open-air public baths. The visitors are welcome to explore the other courtyards where the shrines and pavilions are lovingly maintained by the people of nearby Sebatu. 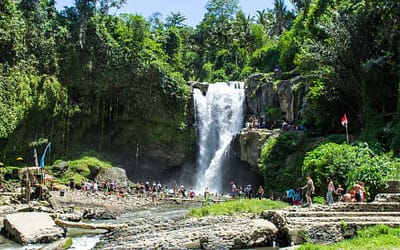 The Beauty of Bali Tour