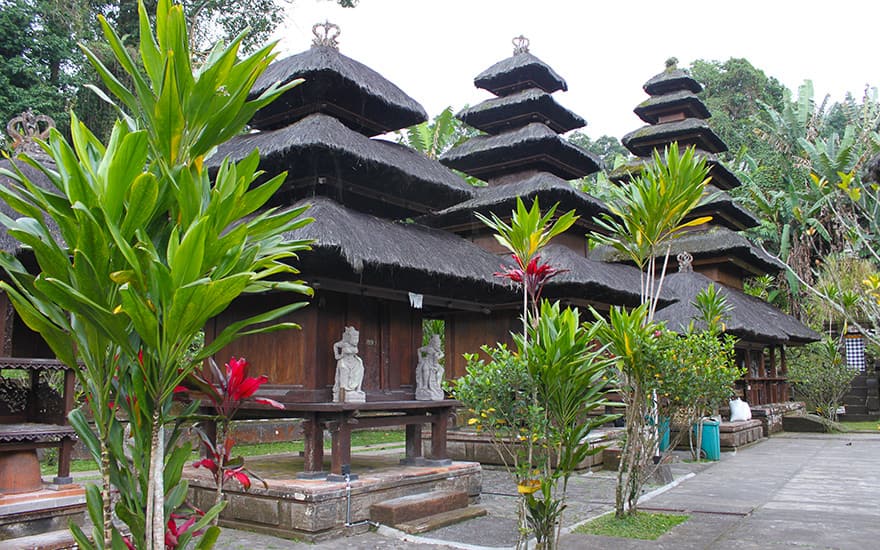 It is located in at Wangaya Gede village Penebel District, Tabanan Regency, in the middle of a forest at the foot of Mount Batukaru. It is about 42 km from Denpasar and can be reached by motorcycle as the roads are fairly good. Batukaru Temple lies on the slopes of the second highest mountain Batukaru was the state temple when Tabanan was an independent kingdom. The temple is one of the six axial temples sacred to all Hindu Balinese. The temple was renovated in 1991, and the grounds have been planted with the most modern civic landscaping, thus robbing it of much of its former mysterious quality.

In the central temple courtyard are two large, long pavilions. The inner courtyard is a small and neat, with three Meru of three, five, and seven tiers in honor of the deified king of Tabanan. It has a seven-roofed Meru to Maha Dewa, the mountain’s guardian spirit, as well as shrines for the three mountain lakes such as: Lake Tamblingan, lake Buyan and Lake Beratan. It’s surrounded by forest, and is often damp and misty. Batukaru temple is a famous tourist’s stop for sightseeing to the west Bali destination.

The location is on the foot of second highest mountain in Bali that is Batukaru Mountain, from which the temple got the name. When people go for a praying, first they stop at a temple called Pura Jero Taksu which is still away before Batukaru as the first prayer, but for those have been many times no need to stop here. The thought is that for the first time people worship at Batukaru, it must be a report or might be translated roughly as the registration of the people who will have the praying at the main temple of Batukaru.

There is no historical fact to disclose the history of the temple except manuscripts called Kusuma Dewa, and the manuscript about Buleleng kingdom in 17th century. In Kusuma Dewa mentioned that Mpu Kuturan, a priest from Java who was in Bali around 11th century ordered the construction of Sad Kahyangan ( 6 main temples on each of the directions ). Batukaru is mentioned that it is one of the Sad Kahyangan and is dedicated to god of west direction. While manuscript of Buleleng kingdom mentions that when the kingdom of Buleleng (now Singaraja) had been very prosperous and peaceful, the king Panji Sakti wanted to extend his emporium and looked for possible attack targets.

At last the king with their big number of soldiers arrived at Batukaru temple, and without reason, by the manuscript mentioned the I Gusti Panji Sakti attacked and damaging the temple. Soon thousand of bees coming and hit him and the soldiers casing all of them took a thousand flee. This story seems that it was created by those who did not have sympathy with Buleleng, and tried to misconstrue the situation. There are another story about king in Bali had also mentioned by the Usana Bali having the same attitude toward the religion with impact to the society, and at last defeated by more religious regime.

The manuscript of Buleleng mentions the date of 1605 AD.There are some stone sculptures with water fountains which style is the same at water fountain stone sculpture at Gowa Gajah, Gianyar. Dr. R. Goris in his book said that this ancient sculpture might originated from the same period that is from 11th century. In 1959 the temple was rebuilt from the remnants and step by step until 1977 to reach the present architectural condition. Now the temple is maintained by 2 perbekelans. A perbekelan is a unit of local administrative area consists of many Banjars.

While banjar is the smallest unit of Balinese settlement group. Those 2 perbekelans are perbekelan of Wangaya Gede, located very close to the temple, and perbekelan Tengkudak. These 2 areas are responsible for maintenance, organizing the ceremonies, and various activities scheduled to be performed at the temple. Since the temple is one of the Sad Kahyangan in Bali, during the ceremony will be very crowded, full of cars, motor bikes, and people. It is suggested that during the ceremony not to have trip to this temple unless you are ready to walk for kilometers, even some time up to the Wangaya Gede village.

The layout of the temple is the same as other areas of Bali, consists of 3 courtyards every yard is connected with split gate or closed gate. The main shrine is dedicated to the god of fertility or in Balinese word “Ratu Hyang Tumuwuh” and others heard as ancestor’s worship. 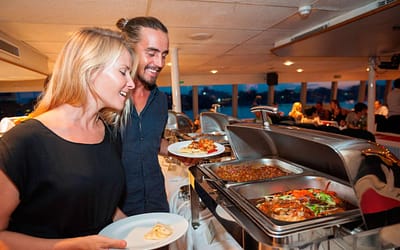